While more and more accusations of sexual harassment and rape surface, it is also becoming clear that not all of them can be trusted. Who Is Marc Gafni stands with the victims of both sides.

Tucker Carlson, the new golden boy of Fox News, could easily have lost his TV career years ago after he was falsely accused of rape, he has revealed.

The dapper host’s blossoming career – which has gone into overdrive since the huge ratings of his new primetime Fox News show – could have been cut short if the accusation contained in a lawyer’s letter had been made public in the early 2000s.

And now the woman who accused him has exclusively told DailyMail.com that it was all a misunderstanding – brought on by a mental health condition from which she was suffering.

Read the Whole Article on DailyMail

Enough for Tucker Carlson to be very wary of accusing anybody of anything–even if he doesn’t like that person:

Tucker says in this show that he has no stats on false accusations but agrees that it is very rare.

The real stats on this may indeed be much higher.

Warren Farrell, in his book The Myth of Male Power states the following:

The Air Force investigated 556 cases of alleged rape; 27% of the women eventually admitted they had lied; a later investigation revealed 60% were false allegations. (P.322) 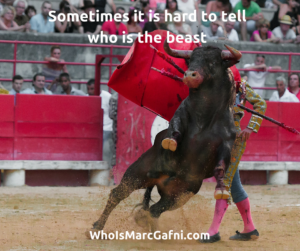 In 1994, Eugene J. Kanin of Purdue University investigated the incidences of false rape allegations made to the police in one small urban community in the Midwest United States between 1978 and 1987. He stated that in this police department each investigation “always involves a serious offer to polygraph the complainants and the suspects” and “the complainant must admit that no rape had occurred. She is the sole agent who can say that the rape charge is false”.

According to his study, the number of false rape allegations in the studied period was 45 of the 109 total complaints filed in this period (41%). Kanin also investigated the combined police records of two large Midwestern universities over a three-year period (1986–1988), and found that 50% of the reported forcible rapes were determined to be false accusations (32 of the total 64).