About Marc Gafni & This Site

In late 2015, Stephen Dinan—in concert with David Ingber, Chaya Lester, and others—initiated the latest round of a campaign to discredit Marc Gafni through the deployment of false and distorted stories. On this site, verifiable facts are disentangled from distortions and falsehoods in order to expose the hidden agendas underlying this orchestrated effort. Our intention is not to “make wrong” but to set the record straight and invite mediated dialogue in which we can all give up being right and move towards truth and reconciliation.

For the first time in a decade, Marc Gafni breaks his silence and responds directly to false claims as they are made 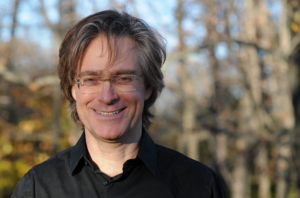 Dr. Marc Gafni is a visionary thinker, social activist, passionate philosopher, and author of ten books, including the award-winning Your Unique Self: The Radical Path to Personal Enlightenment, the two-volume Radical Kabbalah, the recently-published Self in Integral Evolutionary Mysticism: Two Models and Why They Matter, and Tears: Reclaiming Ritual, Integral Religion, and Rosh Hashana.

He holds his doctorate in philosophy from Oxford University. He teaches on the cutting- edge of philosophy in the West, helping to evolve a new “dharma,” or meta-theory of Integral meaning that is helping to re-shape key pivoting points in consciousness and culture.

Marc Gafni’s teachings are deeply collaborative in that they are sourced in partnerships with many leading teachers, scholars, and thought leaders. They aim to evolve source code of culture and consciousness by articulating a new global ethic for a truly global civilization. Collectively, these teachings might be called Evolutionary World Spirituality.

They involve several core themes which aim to articulate a new mimetic structure. They aim to develop and deploy these structures in culture. One might call these teachings—which emerge from a critical set of Integral distinctions—a reconstructive project for becoming a new human and building a new society.

The Center for Integral Wisdom (by Marc Gafni) is an Activist Think Tank dedicated to partnering with leading thought leaders and change agents to transform and evolve the source code of culture through application of Integral principles. They aim to articulate, evolve and deliver a new, narrative for living – one which transforms individuals, culture, and life itself. We live in a world of outrageous pain. The only response to outrageous pain is outrageous love is a core guiding principle of the Center’s work unfolded in a new library of academic and popular teachings.