Psychological theorists describe a well-known phenomenon called the victim triangle. In this, one person identifies another as a ‘victim’ and designates themselves as a ‘rescuer’. The ‘rescuer’ then attacks the so called ‘perpetrator’ for alleged transgressions against the ‘victim’. But when the alleged rescuer is making false or distorted claims and using those claims to wrongly attack someone, then he or she actually becomes the perpetrator. In effect, the rescuer disguises their perpetration under the veneer of victim advocacy. Levine’s obsessive pursuit of Gafni and his associates is a classic example of a ‘rescuer’ acting as a ‘perpetrator’.

In this case, Levine rationalizes her obsession with writing articles and press releases, that target Gafni, as ‘protecting other innocent victims from him’. Her associates deploy egregiously false characterizations of Gafni as a ‘pedophile’ and ‘child molester’ in order to engender public outrage. Yet, none of these claims about him are true.

Levine, through cheaply bought online press releases, continues to disseminate these and other false facts across multiple online platforms.

Levine has never met Gafni, and has refused to sincerely speak to him or any of his associates about the story. She appears never to have reviewed any of the extensive published information refuting her claims. Nor has she ever made a genuine effort to check the facts.

It may or may not be coincidental that Levine lives in the San Francisco Bay Area, close to one of the primary organizers of the 2016 smear. Some of Gafni’s associates have suggested that she was enrolled, directly or indirectly, to act as the in-house pseudo-journalist for the smear campaign.

Attacking a Target by Intimidation 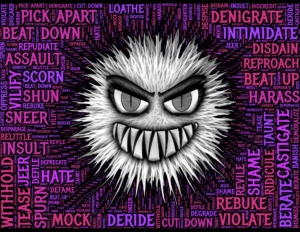 Smear campaigns have long relied on the tactic of intimidation, making it so costly to support the target of a smear, that friends and professional associates step away or denounce the person under attack. One particularly effective technique is the threat of economic boycott, aimed at a corporation associated with a target. Another is the threat of reputation damage. Often that by itself is sufficient to bully the associates of the subject of the smear into disassociating or denouncing him. This has become increasingly common as a means of marginalizing people who come under fire from perpetrators disguised as legitimate activists.

Levine’s anti-Gafni attacks make use of this tactic by aiming her posts at Mackey and Whole Foods. Here is one example of her bullying tactics:

Every time John Mackey gives a public talk she, directly or indirectly, publishes a press release. Under the ‘Press Release’ rubric, she repeatedly publishes distorted assertions about Gafni, attacks Mackey as a Gafni ‘supporter, ’and then demands that Mackey denounce Gafni or risk being denounced himself.

Facts that make it obvious that Levine’s posts are a form of tabloid-style writing disguised as credible activism and journalist.

For a period of time, John Mackey together with several dozen other well-known leaders in their fields served on the advisory board board of the Center for Integral Wisdom. He naturally finished his term over a year ago. Gafni and Mackey currently have no formal relationship.

Levine ignores the fact that Mackey and Gafni are not formally linked and ignores the substantive refutations that have been published by a number of writers. Instead, she uses the Gafni story to frivolously attack Mackey, and uses Mackey’s public stature to maliciously attack Gafni.