The Substance of Levine’s Claims about Marc Gafni

Since the claims against Gafni and what really happened have already been written about, this article we will simply show how Levine used her false ‘facts’ to lead the reader to believe that a 30 or 40 or 50 year old Marc Gafni confessed to having sex with a 14 year old girl and then vulgarly justified it by saying, “She was 14 going on 35 and I never forced her.”

False Fact One: “Marc Gafni, a spiritual leader is “credibly accused” of sexually abusing a 14 year-old girl.” Note: Gafni’s age isn’t given, which makes it easy for a reader to assume that he was an adult spiritual teacher at the time of the relationship.

False Fact Three: “Gafni justifies having sex with a 14 year old girl by saying “she was 14 going on 35 and I never forced her.’”

False Fact Four: Levine cites ‘experts’ who say that Marc confessed to having sex with the girl”. The implication here is that there are now informed experts validating the first three false facts. The ‘experts’ however, have no information other than what Levine told them, and have done no investigation of the situation. In truth, they are simply people who have been designated ‘experts’ by a blogger who has apparently fed them false facts and printed the false conclusions that they drew from these false facts.

False Fact Six: Disturbing images of crying girls, no older than five or six years old, are used as illustrations in the blog posts, implying that Gafni is having sex with little girls. 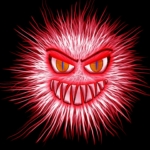 Levine uses these precisely layered false ‘facts’, highly emotional terms (like ‘sexual predator’) and manipulative images to publicly bully Gafni’s associate into denouncing him. The consequence of not meeting the demands? A public shaming and call to boycott Mackey’s organization.

She deploys the well-known “smear or be smeared” tactic made famous by the House Un-American Activities Committee of the 1950s, and particularly its modern incarnation, internet abuse and bullying. As has already been pointed out extensively in other articles (Fuhs, Molinard, Tuschik) however, none of the layered lies are true. Let us however briefly recapitulate the facts here:

At one point, Levine had 16 articles posted on her LinkedIn profile. All but one used her ‘campaign’ Gafni as evidence of her ostensibly valiant stand against sexual abuse. She has recently taken some of those articles down, but continues hiding her association with the smear campaign against Gafni (she began posting her anti-Gafni articles at the exact same time that the smear campaign began) behind the veneer of victim advocacy.

She continues to enroll others — many of them sexual victim advocates who we assume are doing important work in other contexts — into supporting her. She does this by continually presenting the same false facts, and refusing to mention or take into account the refutations that Gafni and others have made available.

Inevitably, the false facts that Levine has propagated have become internet staples, and even viral memes.