The Myth Of Complaints Against Marc Gafni in Israel: Complaints Were Never Registered by the Police

There were never any police complaints against Marc Gafni in Israel at any time. The claim that they were is a fabrication. This is an urban myth fabricated by the people who organized the political attack on Dr. Gafni in 2006. The false claims were what is commonly called a false flag operation. They were organized by three primary parties, a student whom Marc had asked to leave his circle for unethical behavior, an angry former assistant, and his former wife. Marc always remains open to meet with any of these parties or any one else, to work out, with clarity and open hearts, the facts and feelings involved in order to achieve transformation and resolution. 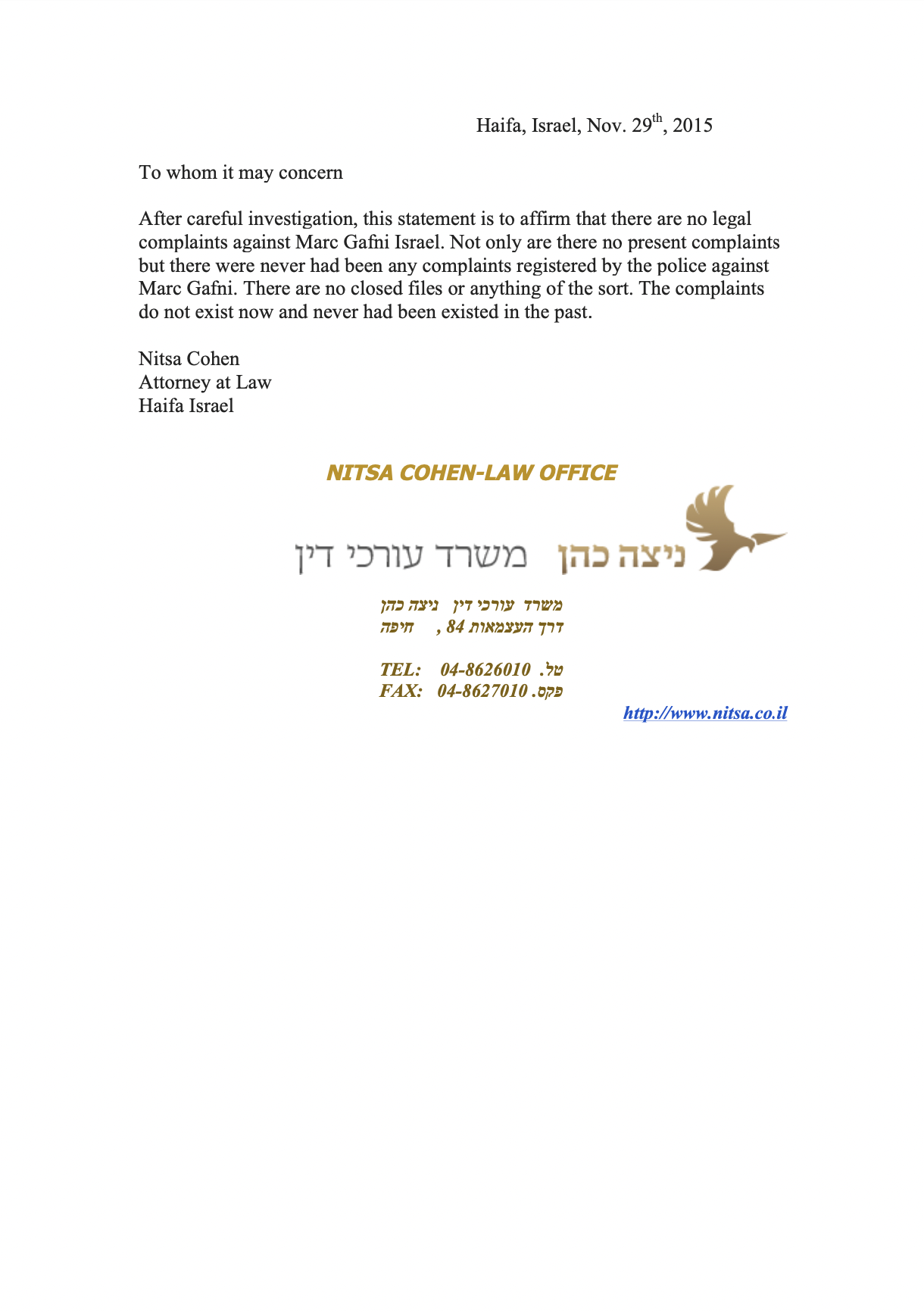