While the Center for Integral Wisdom and its President Dr. Marc Gafni argue for subjectivity as being one of the major access paths to discerning truth, it is threatening our most essential values, norms, and even legal systems if it becomes our only access. After postmodernism has deconstructed all of our narratives – be they traditional or scientific/rational – as merely subjective interpretations, personal experience is what is left. And yet, by itself, personal experience is insufficient.

Two recent articles on the Medium publication Arc Digital are arguing against the primacy of experience – and why We Should Discount People’s Experience – and The Tyranny of the Subjective.

“Narrative, tradition, and logic have eroded as sources of authority, leaving something of an explanatory vacuum into which experience has boldly stepped. An increasingly individual and emotional interpretation of reality has become the norm in public debates and disagreements, as the opinion of experts — with a distinctly different kind of “experience” under their belts — has come to mean less and less.” 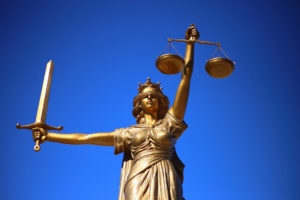 This is a statement from the first piece by Ryan Huber that not only gives an overview of the four sources of authority (narrative, tradition, logic, and experience) but also shows by example why experience by itself is insufficient for discerning truth and it results in a devolution of our society.

“The decline of logic, tradition, and narrative as sources of authority and explanatory power has resulted in a more fragmented, more emotionalist, more divided, less civil, and less coherent society. We lack the linguistic, logical, and relational tools to forge consensus on a number of issues.”

The second piece by Elizabeth Finne goes on:

“The primacy of the subjective narrative is not a phenomenon limited to the political sphere; it now permeates the entire framework through which we have traditionally mediated our competing narratives. Politics, journalism, academia, science, and law are all affected. In short, any institution that has inherent within it the accommodation of competing perspectives is undermined by a paradigm in which the subjective “lived experience” is sacred.

Diminished in the process are the meta-values of our polity which have traditionally enabled us to transcend — as far as is possible — our differing subjective experiences. Foundational principles such as audi alteram partem (listen to the other side), the presumption of innocence, proportionality, empiricism, and even the rule of law all must bow to the sovereignty of the “lived experience.””

That is of course exactly the danger that we at Who Is Marc Gafni have pointed out so many times.

It is what makes Fake News and Internet Abuse possible.